Proportionality increasingly dominates legal imagination. Its spread, accompanied by a global paradigm of constitutional rights, appears to be an irresistible natural development. Today, proportionality is perceived as a model of legal reasoning or even an emerging global grammar of constitutional adjudication. During the last decades, it has been at the core of a prescriptive human rights theory first developed in the work of Robert Alexy and claiming universal application. In comparative law, proportionality is a commonly used example of a legal transplant that attests to the convergence between legal systems, if not globally, at least within Europe. END_OF_DOCUMENT_TOKEN_TO_BE_REPLACED The UN High Commissioner for Human Rights, Michelle Bachelet, recently called for the end to all forms of violence and a return to peaceful dialogue in response to Colombia’s recent protests by a wide range of civil society groups and trade unions disillusioned by the failure of the 2016 peace agreement to resolve the root cause of inequality. At present, Latin America may be characterized as a region which has enjoyed an epoch of “long peace”, due to the lack of inter-state wars, but a diametric rise in intra-state violence, evidenced by its ranking as having the highest level of violence in the world and in particular having the highest levels of violence against workers and women. END_OF_DOCUMENT_TOKEN_TO_BE_REPLACED

Sometimes we get overwhelmed by the uncertainties of life and the open-endedness of the future. The pandemic gripping the world in 2020 is one such instance. As the virus spread, a sense of personal vulnerability spread together with radical uncertainty, barely masked by incessant talk about changing risk calculations. In such moments many of us do not turn to theories, models or hypotheses. Instead, we turn to worldviews to give us some traction in a world suddenly turned upside-down. President Trump’s worldview valued national borders. Early on, he imposed a travel ban on China. The World Health Organization and many critics of the President were aghast. Their worldview valued open borders and unobstructed travel. Science did not provide much guidance in the early stages of the pandemic; worldviews did. END_OF_DOCUMENT_TOKEN_TO_BE_REPLACED

The starting point for my book “A Global History of Ideas in the Language of Law” which will soon be published in the series “Global Perspectives on Legal History” is the (hopefully) uncontroversial finding that the history of ideas can be written as a history of languages. This approach has been elaborated by the so-called “Cambridge School of Intellectual History”, especially in their influential writings about the languages circulating in the discourses on the legitimacy of political orders. The protagonists of the school (Pocock, Skinner et al.) coined the term “languages of politics” for the languages thus analyzed, underlining the political nature of their genesis, use and reproduction. END_OF_DOCUMENT_TOKEN_TO_BE_REPLACED

I am interested in the various problems of genocide: not only the terrible fact of mass death, but also how the relatively new idea and law of genocide organises and distorts our thinking about civilian destruction. Taking the normative perspective of civilian immunity from military attack that international law and norms ostensibly prioritize, my book argues that their implicit hierarchy, atop which sits genocide as the “crime of crimes,” blinds us to other types of humanly caused civilian death, like bombing cities and the “collateral damage” of missile and drone strikes, blockades, and sanctions. In other words, talk of genocide functions ideologically to detract from systematic violence against civilians perpetrated by governments, including Western ones. END_OF_DOCUMENT_TOKEN_TO_BE_REPLACED 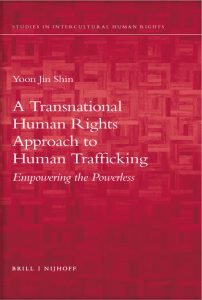 Numerous legal texts and scholars use the term “transnational” to describe diverse legal concepts or phenomena the more traditional term “international” cannot fully or accurately capture. At least three different aspects are referred to or analyzed as transnational: the nature of the relevant cases, the operation of relevant legal systems, and the process of norm-making. First, many legal issues, including human rights cases, factually possess transnational features. Compare transborder human trafficking with a more traditional, textbook international human rights case such as discrimination against ethnic minorities in a certain state. The latter involves a state violating the human rights of its nationals within its territory, followed by an intervention of international law in a situation previously regarded as a “domestic matter.” In such cases, the main perpetrator is the state, the victims are the state’s own nationals, and human rights violations are committed within the state’s territory. A cross-border human trafficking case inverts this model: END_OF_DOCUMENT_TOKEN_TO_BE_REPLACED

The past decade has been one of the most turbulent times in the process of European integration. In this period, the European Union has risen to the stars and fallen back from the heavens. The beginning of the new millennium was marked by enviable achievements. The EU carried out a successful enlargement to the East. It adopted a single currency and experienced a boom in economic growth. The objective, laid down in the Lisbon strategy, was to make the EU “the most competitive and dynamic knowledge-based economy in the world, capable of sustainable economic growth with more and better jobs and greater social cohesion.” This goal ought to have been met by 2020. However, the developments taking place since 2000 have made the attainment of this objective anything but possible. Rather than becoming the leading economy in the world, since 2009 the EU has been in permanent economic crisis. And, while the crisis has been tamed, it is far from resolved. Its consequences for the most affected member states in the South and in the East have been grave. They have shaken up the foundations of the well-ordered societies that these member states have at least tried or pretended to be. END_OF_DOCUMENT_TOKEN_TO_BE_REPLACED