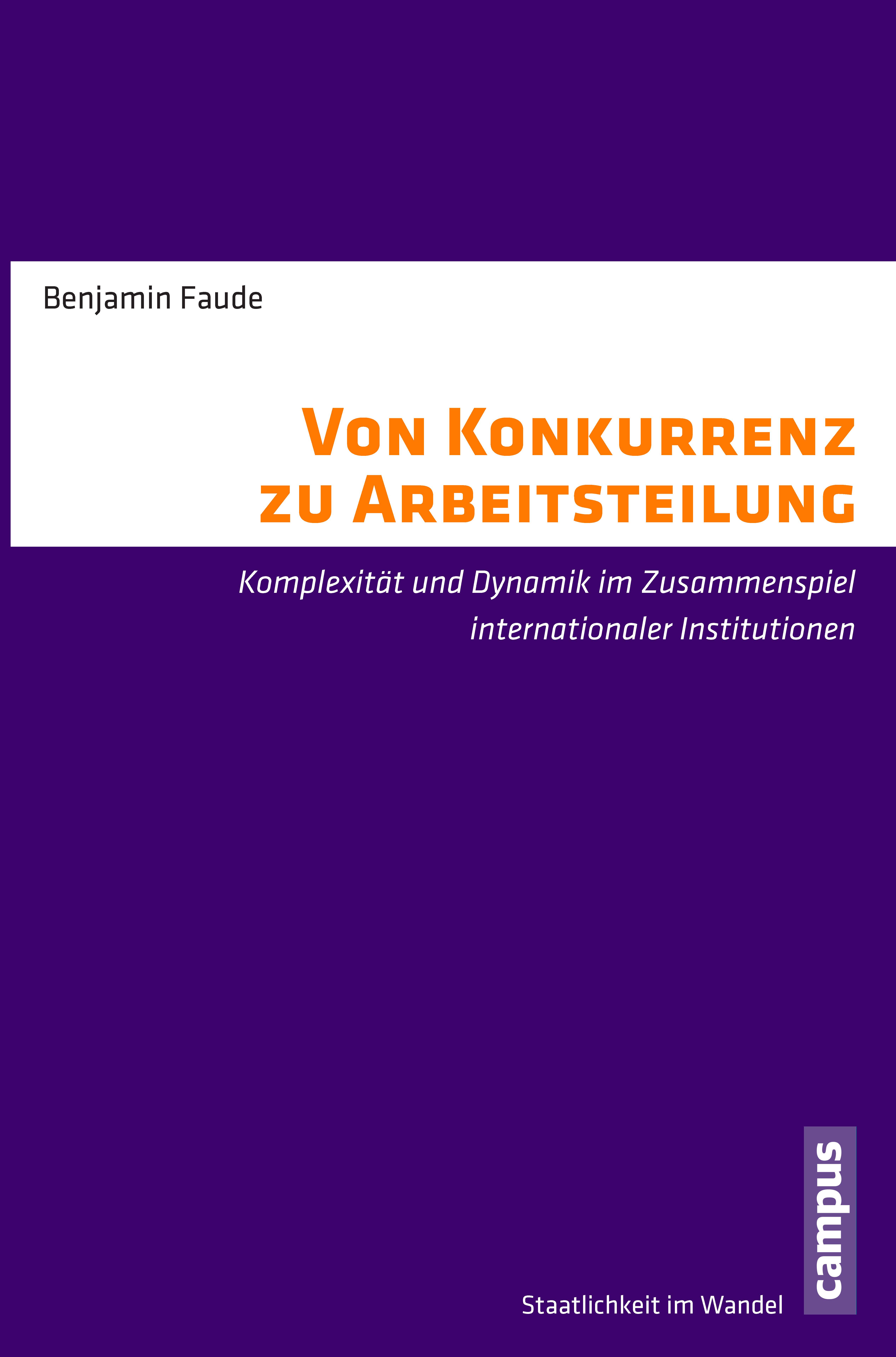 Global governance consists of a multitude of international institutions. Although these institutions regulate only individual areas of transnational governance like trade, security, climate change, and financial assistance, they do not operate in isolation from each other, but overlap in their competences. With regard to international financial assistance, for example, the competences of the International Monetary Fund, the World Bank, and regional development banks overlap. In the realm of international security, NATO overlaps with the Common Security and Defense Policy of the European Union. The trade-environment-nexus features overlap between the WTO and several environmental institutions, such as the United Nations Framework Convention on Climate Change (UNFCCC), the Ozone Protection Regime, and the Biodiversity Regime.

In contrast to nation-states and to the EU, the international system however lacks a meta-authority that coordinates the governance activities of overlapping international institutions, mediates in case of inter-institutional conflicts and, in the end, makes a final decision. How does this patchwork-structure affect the ability of global governance arrangements to solve cooperation problems among states and to provide global public goods?

In contrast to these authors, I argue in my book that institutional overlap provides an opportunity structure for introducing inter-institutional order into global governance. More precisely, my argument is that overlapping international institutions tend to develop a functional division of labor, which creates a new (inter-institutional) dimension of political order beyond the nation-state.

How is inter-institutional order possible against such a backdrop?

Unintended by states, inter-institutional adaptation leads to the emergence of a functional division of labor. The latter coordinates the governance activities of the overlapping international institutions and therefore serves as the organizing principle of an inter-institutional order.

The global governance of public-health-related intellectual property rights illustrates the development towards inter-institutional order in global governance. The authority to govern intellectual property rights was originally assigned to the World Intellectual Property Organization (WIPO). In the 1980s, a major WIPO diplomatic conference ended in deadlock. Thereupon, countries from the Global North shifted their regulatory efforts to the Uruguay round of the General Agreement on Trade and Tariffs (GATT). The resulting Agreement on Trade-Related Aspects of Intellectual Property Rights (TRIPS) envisages detailed and comprehensive standards. The partial relocation of the governing authority over intellectual property rights therefore resulted in institutional overlap between WIPO and the WTO. The strengthened protection of patents for pharmaceuticals yielded detrimental effects for public health, as it reduced access to essential medicines. Thus, a coalition of developing countries, supported by public health NGOs, successfully strived to put drug-related intellectual property rights on the WHO agenda and thereby deliberately created institutional overlap. In reaction to the construction of institutional overlap, the WHO, the WTO and WIPO adapted to one another in a mutually complementary way: The WHO specialized on the regulatory instrument of knowledge creation. It started publishing reports on the implications of the TRIPS agreement on public health. The WTO adapted its rule set. It adopted the ‘Doha Declaration on the TRIPS agreement and public health’ which, in essence, stipulated that public health related concerns trump the protection of intellectual property rights. WIPO specialized on assisting countries in the Global South to implement their national regulatory system in a manner that is compatible with the TRIPS-agreement. These processes of inter-institutional adaptation are mutually complementary and establish a functional division of labor among WTO, WHO, and WIPO to govern public-health-related intellectually property rights.

Seen from the perspective developed here, the ‘Tragedy of the Global Institutional Commons’ and ‘Gridlock’ are not the end state, but an intermediate state in a dynamic development of appropriate global governance structures.

Benjamin Faude is Research Fellow of the Research Unit Global Governance at the WZB Berlin Social Science Center. He is a participant of the Global Constitutionalism Colloquium.
Website at the WZB